The Turncock House is often mistakenly referred to as the ‘Pump House’. Water was not pumped from the reservoir – it flowed by gravitational force into the town.

This building was constructed to house the Turncock – a large faucet or tap used to regulate the flow of water. It was operated by the Waterworks Manager who resided in the nearby house on the opposite side of Taylor’s Run Road at the northern end of the reservoir wall.

Unfortunately vandals damaged the turncock, however the image below (taken in 2008) shows the turncock prior to its subsequent theft.

The Pines Committee is keen to retrieve and restore the turncock and information as to its current whereabouts would be greatly appreciated and rewarded.

The brick tunnel was built from the Water Tower to the Turncock House so that maintenance could be carried out on the water pipe without having to empty water out of the Reservoir. 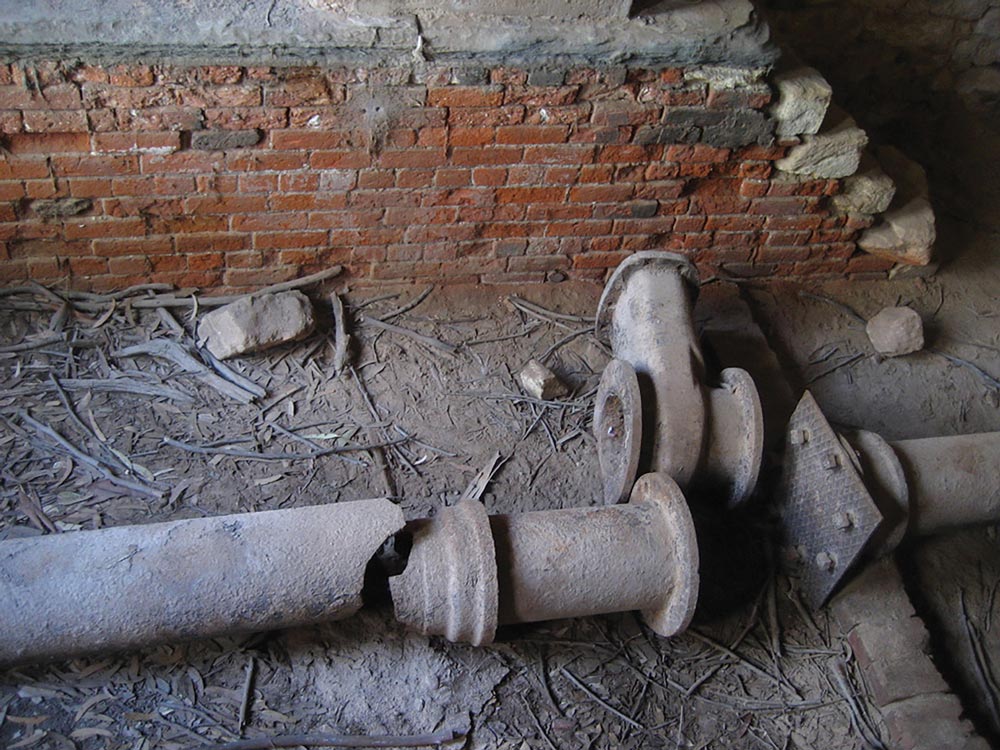